When It Rains, It Pours... Pianos? 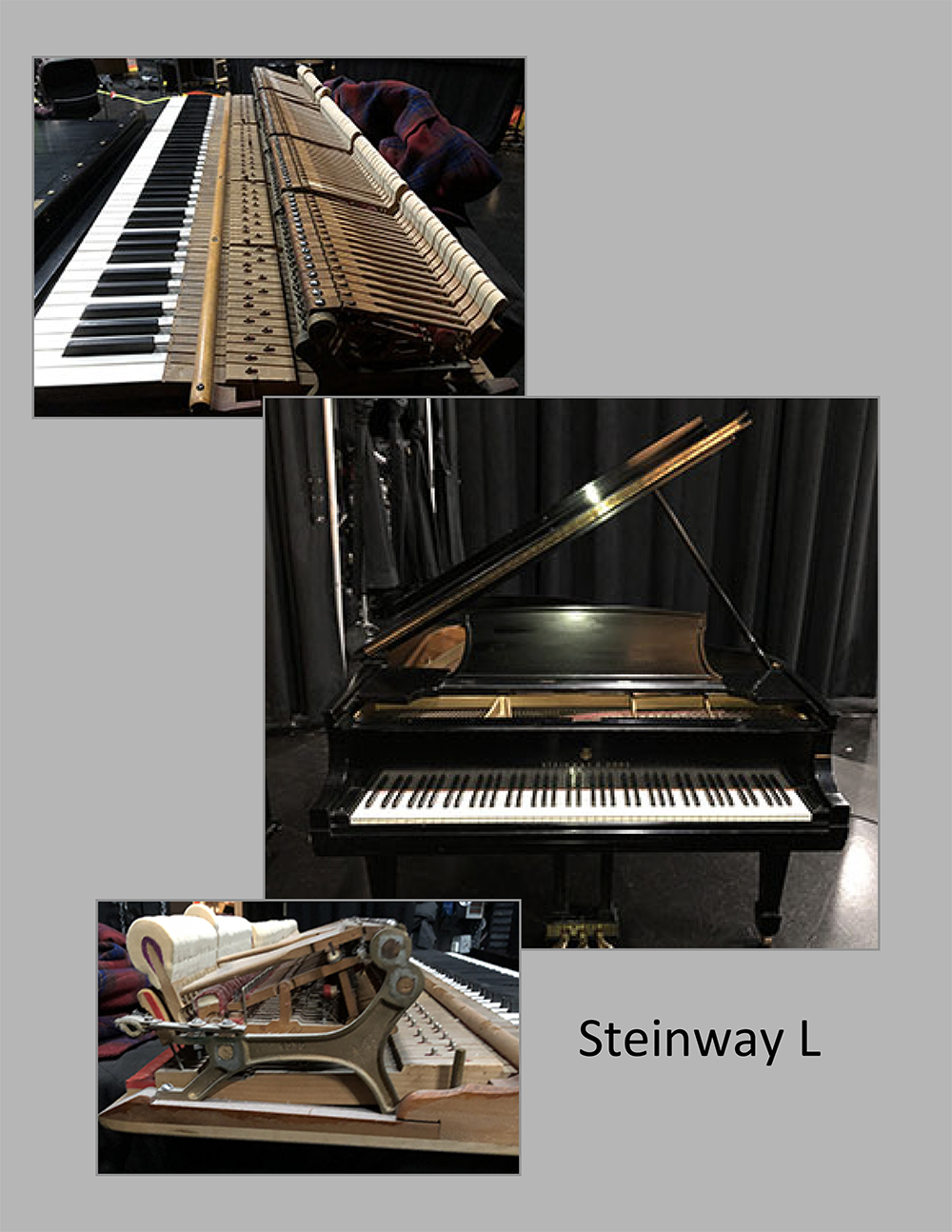 The Duderstadt Center (DC) is a prime resource for creative students at the University of Michigan. There are 3 professional-level audio studios and a 3600 square foot video studio. It is a place where students can make their imaginations come to life.

While the largest audio studio, Audio Studio A, has a Steinway grand piano available for audio recordings, the Video Studio was lacking a decent instrument for the many videoshoots and performances that take place there. If a student needed a piano for a performance, it needed to be rented at a rather high cost to the student. For some time there was an upright piano housed in the Video Studio, but it was commonly called the “old beater”. It was better suited to a pub corner.

Roughly a year ago Dave Greenspan, Audio Studios Managing Producer at the DC, received a call from a former neighbor Susan Demeulemeester. She had inherited not 1 or 2, but 4 pianos! Knowing Greenspan’s background, she knew he was someone that could find homes for the pianos where they would be appreciated and well maintained. Greenspan made an offer to find homes for 3 of the pianos if he could keep the Steinway L for the Video Studio.

Unfortunately the Steinway L needed significant maintenance so Bob Grijalva, Director of Piano Technology and Randall Bibri, Piano Technician at the UM School of Music, Theater and Dance (SMTD) went to work. They rebuilt the mechanical assembly responsible for key depression and hammer movement and got the piano playing again. The Steinway L is a small grand, roughly 6 feet wide and it was better suited to an SMTD studio space, but the SMTD had a Larger Steinway B that was perfect for the Video Studio. A swap was made and now multiple spaces have fully functioning pianos that will expand their room’s capabilities and support the students who use them.

In the end, one piano was kept by the Demeulemeester family. One baby grand was donated to The School at Marygrove, a K-12 school in Detroit that is run in partnership with the UM School of Education. A Chickering upright piano will be used in the DC Gallery for special programs and receptions and the Video Studio received its Steinway.

Many thanks to the Demeulemeester family, Jack Carter who moved the pianos to their new locations, Bob Grijalva and Randall Bibri for their meticulous care of the instruments, Kati Bauer for cutting through red tape and guiding the donation process, and Dave Greenspan for making the whole transaction possible.